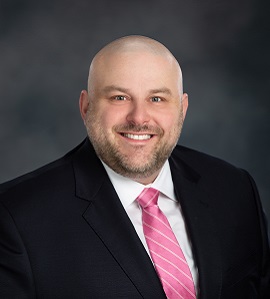 The patent system is designed as quid pro quo: inventors publicly explain how their inventions work, the government gives those inventors a limited monopoly, and then other manufacturers may compete.  However, Big pharma has been abusing the patenting system in order to try to bully generic drug manufacturers from entering the marketplace after their monopoly expires, causing excessive drug costs even after the initial patent expires for a drug.  Big pharma is approximately a $625 billion industry in the U.S. alone, accounting for 3.2% of the U.S. GDP.[1]  The average prescription drug costs big pharma up to 2 billion dollars to research and develop.[2]  It is no surprise that big pharma wants to maximize their investment.  But there are proper ways to do this without abusing the patent system.

To understand how the patent system is being abused, one must understand a little about our patent system, its theory, and how we practically achieve this.  In the U.S., a patent is valid for 20 years from when an inventor files for an invention.  During that 20-years and after a patent application is granted and issues into a patent, the owners of the patent have a limited monopoly on their invention.  They can stop others from manufacturing, selling, or importing their inventions.

When a patent is near expiration, some companies will file a series of patent applications for ancillary matters related to their invention.  For example, and in the case of a drug, they may claim the drug’s entire formulation, an encapsulant that allows the drug to be time released, ideal surfactants to stabilize the drug, or ideal additives to assist absorption in the body.  In egregious cases, they may simply describe the same drug differently, hoping that the patent examiner does not realize that they’re trying to get a new patent on the same thing.  Most of these patent applications will not survive examination or will become so narrow they are effectively worthless.  However, patent examiners do not have unlimited resources, and a few broader claims may matriculate into patents.  Generally, these patents become a mine field for those that would want to compete by making generic pharmaceuticals, so often, they simply do not compete.  Like mines in this analogy, these patents can be defused, but doing so is slow, risky, and very expensive, and involves either post-grant procedures in front of the USPTO or the U.S. Courts.

The United States Patent and Trademark Office (“USPTO”) and the Food and Drug Administration (“FDA”) are aware of this problem.[3]   Kathi Vidal, the Under Secretary of Commerce for Intellectual Property and the Director of the USPTO, and Robert M. Califf, the FDA Commissioner, recently issued a joint statement pledging to “ensure that patent examiners have the time and resources that they need to conduct a thorough review of patent applications for pharmaceutical inventions.”[4]  The FDA has pledged to “assist the USPTO in providing patent examiners with training on the state of the art in the pharmaceutical and biologics fields.”[5]  The post continues, “The USPTO and the FDA will further collaborate to develop policies aimed at protecting and promoting U.S. innovation while advancing competition that can lower drug prices for all Americans.”

These are admirable goals, but they are overly idealistic with little teeth.  First and most obviously, tens of thousands of patents already exist to discourage generic drug manufacturers from entering the market.  It will take nearly 20-years for these patents to naturally expire.  This post gives no guidance on how the USPTO intends to address these already issued patents.  Second, the USPTO’s solution presumes that patent examiners are overworked and undertrained.  I dispute both assumptions.  The USPTO already closely considers how much time a patent examiner should have for a given case.  The USPTO is one of the few self-funded offices in the government, and patent examiners are treated exceptionally well as they actually raise money instead of cost money.  Generally, they have excess time if anything.  Moreover, patent examiners are highly specialized and already have up through terminal technical education in their field.  Yes, there are exceptions, and yes, there are terrible and incompetent examiners.  Training incompetence does not cure incompetence.  And that does need to be addressed, but that is a separate issue.  So in my opinion, these are not effective solutions.

To fix this problem, patent attorneys need better post-grant options (yes, better than IPR) and third-party feedback during examination, perhaps after allowance before issue.  The most effective post-grant option now is an inter partes review (“IPR”), but an IPR is still slow and still costs around half a million dollars.  Moreover, until a patent is granted, the public has no ability to weigh in on a patent’s patentability.  One effective, forward-looking solution is to implement a way for third parties to give an examiner references before a patent application issues.  For example, after allowance but before issue, implement a two-month window where third parties have a right to oppose the patent’s allowance by supplying a reference and limited whitespace to explain why that reference precludes patentability, or similar.  The Examiner then considers this opposition and whether to reopen prosecution or whether to deny the opposition.  This technique is not unheard of.  Trademarks currently must survive oppositions after being published on the principal register, so this is actually a similar mechanic.

Overall, I applaud the USPTO and FDA for acknowledging our system is fundamentally flawed in that generic competitors are having problems competing against original inventors after patents expire.   But until the USPTO stops blaming examiners and treats this issue as a systemic, legal issue instead of an employment issue, I personally do not expect much change.

Mr. Taylor has over 10 years of experience in patent prosecution. He started his career for the United States Patent and Trademark Office as a Patent Examiner and Patent Classifier, where he gained exposure to internal practices of the Patent Office. At the Patent Office, he examined specialty polymer materials in classes 523-524, including thermal insulators for rockets, revulcanization processes for recycling tires, and drag reducing agents for oil pipelines. Since leaving the Patent Office, he has obtained hundreds of patents for inventions for both Fortune 100 businesses and independent inventors. Some representative areas that he has drafted and prosecuted applications include: batteries, atomic layer and chemical vapor deposition systems, firearms, cellular and wireless communications, autonomous vehicles, software, lasers, vehicle components, bioremediation devices, and personal lubricants. In addition to patent prosecution, Mr. Taylor also works in complex litigation, intellectual property litigation, business litigation, and employment litigation, where he is an accomplished brief writer, having drafted dozens of favorable dispositive motions.