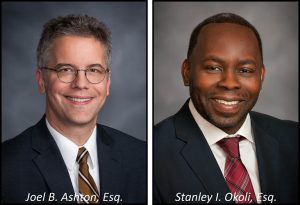 CMDA Attorneys Joel Ashton and Stanley Okoli recently had a third-party automobile negligence action dismissed on summary disposition in favor of the dealership that owned the automobile driven by the allegedly negligent driver.

In this case, a car dealership customer was involved in an accident while driving a loaner vehicle owned and provided by the defendant dealership while it repaired the customer’s vehicle. The plaintiff, who also sued the customer as the driver of the loaner vehicle, sued the dealership based on Michigan’s Ownership Liability Act, MCL 257.401, which generally provides that the owner of a motor vehicle, including a person engaged in the business of leasing motor vehicles for a period of 30 days or less, is liable for an injury caused by the negligent operation of the leased vehicle.

We immediately moved for summary disposition based on federal preemption, arising from the Graves Amendment, 49 U.S.C. sec. 30106(a), to the Federal Transportation Equity Act, which provides, in pertinent part, that:

The stated exceptions in the Act, negligence or criminal wrongdoing on the part of the owner (or an affiliate of the owner), were inapplicable to the facts of our case.

The doctrine of federal preemption provides that, in a conflict between state and federal law, state law must yield under the Supremacy Clause of the United States Constitution, U.S. Const., art. VI, cl. 2.  Federal law preempts state law in three circumstances: where Congress has expressed an intent to preempt state law, where state law regulates conduct in a field that Congress intended to occupy exclusively, and where state law actually conflicts with federal law. Wayne Co. Bd. of Comm’rs v. Wayne Co. Airport Authority, 253 Mich. App. 144, 197-198, 658 N.W.2d 804 (2002).  We argued that, while only one of the foregoing factors is necessary for preemption, our case satisfied all three factors.  At the time of the passage of the law, House Representative Graves stated that the purpose of the amendment was to “to correct an inequity in the car and truck renting and leasing industry . . . [and to] lower costs and increase choices for all consumers.” 151 Cong. Rec. H1200 (daily ed. Mar. 9, 2005). See also, Susan Lorde Martin, Commerce Clause Jurisprudence and the Graves Amendment: Implications for the Vicarious Liability of Car Leasing Companies, 18 U. Fla. J.L. & Pub. Pol’y 153, 164 (2007).

In response to our motion, the plaintiff argued that the Graves Amendment was inapplicable to our case since it involved a loaner vehicle for which there was no consideration, rather than a rented or leased vehicle.  Relying on federal case precedent, we successfully replied that this was a distinction without a difference, citing Thayer v. Randy Marion Chevrolet Buick Cadillac, LLC, 519 F. Supp. 3d 1062, 1068, (M.D. Fla. 2021), which holds that the Graves Amendment does apply to a loaner vehicle.  In Thayer, the Court rationalized that a loaner vehicle supplied by a dealership is supported by consideration since the customer receives the loaned vehicle in exchange for the dealership repairing the customer’s vehicle.

Our trial court agreed that the Graves Amendment does apply to a car dealership loaner vehicle situation, rejecting the plaintiff’s attempt to rely on various conflicting state cases and recognizing that Michigan courts must apply federal precedent to interpret a federal law.

We were able to have this case dismissed early on in litigation, avoiding the need to incur the cost of discovery.

Joel Ashton is a partner in the Livonia office of Cummings, McClorey, Davis & Acho, PLC where he focuses his practice on community association law, insurance defense, including Michigan No-Fault claims (PIP, automobile negligence, uninsured/ underinsured motorist), as well as premises liability and general negligence. His practice also includes the defense of contract and liability claims, contract interpretation issues, subrogation claims involving automobile, fire and casualty, commercial and related coverage. Mr. Ashton maintains an AV Preeminent Rating from Martindale -Hubbell, which is the highest possible rating an attorney can achieve for both ethical standards and legal ability. He may be reached at (734) 261-2400 or jashton@cmda-law.com.