Slip and Fall on Sidewalk in Housing Cooperative

Slip and Fall on Sidewalk in Housing Cooperative 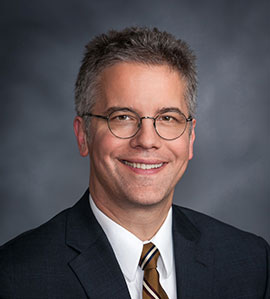 In dismissing a slip and fall case that occurred in a common area, the Michigan Court of Appeals delved into the differences between a housing cooperative and a condominium. Jeffrey-Moise v. Williamsburg Towne Houses Cooperative, Inc., No. 351813, 2021 WL 650475 (Mich. Court of Appeals, approved for publication on April 1, 2021).

In this case, the Plaintiff, a member and resident of the Defendant housing cooperative, cleared snow from her personal walkway in the back of her townhome, but, as she walked on the community walkway toward the front of her townhome to clear snow from her front porch, she slipped and fell on black ice, severely injuring her ankle.

The Plaintiff sued the housing cooperative on premises liability and negligence theories. The housing cooperative moved for summary disposition on three arguments: 1) that as a co-owner of the cooperative, the Plaintiff had not alleged a valid premises liability claim since she was not on the land of another when she was injured; 2) that the ice was an open and obvious condition; and 3) that she had not alleged a valid common law claim for negligence.

At the trial court, the judge denied the housing cooperative’s Motion for Summary Disposition for several reasons.

The trial court relied on MCL 554.139, which provides that, in addition to common law duties that a possessor of land owes to invitees, landlords who lease or license their property to residential tenants covenant that the premises and all common areas are fit for the use intended by the parties. Moreover, the judge found that a genuine issue of material fact existed regarding whether the condition upon which the Plaintiff fell was open and obvious.

On appeal, the Michigan Court of Appeals reversed the trial court and remanded the case for entry of judgment in favor of the housing cooperative.

Despite making this significant distinction, the Court of Appeals still found in favor of the housing cooperative, finding that the black ice upon which the Plaintiff slipped constituted an open and obvious condition since the fall occurred in January, the temperature was 32 degrees and snow had been falling throughout the day.

As for the negligence claim, the Court agreed that the alleged negligence on the part of the housing cooperative in failing to maintain the common area was properly dismissed by the trial court since the injury arose from black ice, which was a condition upon the land.

In the end, the determinative factor in this case was the application of the open and obvious doctrine rather than the fall occurring in the common area of a housing cooperative. The Michigan Supreme Court has held that the open and obvious doctrine is predicated on the strong public policy that people should take reasonable care for their own safety and precludes the imposition of a duty upon a premises possessor to take extraordinary measures to keep people safe from reasonably anticipated risks. Accordingly, the possessor of land is not required to protect against an open and obvious condition, whether a housing cooperative or condominium.

Joel B. Ashton is a partner in our Livonia office and focuses his practice on insurance defense, including Michigan No-Fault claims (PIP, automobile negligence, uninsured/underinsured motorist), as well as premises liability and general negligence. He has handled a variety of cases involving condominium associations, condominium association members, and general real estate matters as part of his general practice. Mr. Ashton maintains an AV Preeminent Rating from Martindale-Hubbell, which is the highest possible rating an attorney can achieve for both ethical standards and legal ability. He may be reached at (734) 261-2400 or jashton@cmda-law.com.