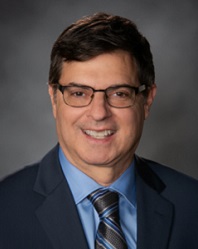 In the case of Highfield Beach at Lake Michigan v. Sanderson, the Michigan Court of Appeals recently ruled on the issue of enforceability of a condominium Bylaw which affected short-term rentals of units. The ruling effectively negated the plan of a new unit owner to use his condominium for rental to vacationers. As a result, the Association was successful in its efforts to limit the types of rentals allowed, similar to those offered through Airbnb, in an effort to control the turnover of renters in the community. The following synopsis provides detail as to the facts and legal issues which affected the courts’ decisions:

The original Bylaw, in effect when a management contract between the unit owner and his management company was executed, had permitted short-term rentals as short as 14 days. These terms were incorporated into the management contract. However, a later amendment to the Bylaw required a minimum rental term of at least four months. This effectively precluded the property management company from leasing the unit on a short-term basis. The court looked to the Michigan Condominium Act, MCL 559.101 et. seq., for guidance regarding its ruling. The Association had brought a Complaint for Declaratory and Injunctive Relief and the unit owner then Counter-Claimed for money damages based on lost rental income. The Allegan County trial court granted attorneys’ fees and costs to the Association and then the unit owner appealed by right of the trial court’s order. Ultimately, the Appellate Court upheld the award of attorneys’ fees and costs and affirmed the trial court’s order.

Pursuant to the existing Bylaws of the Association, a provision provided that “No Co-Owner shall lease his unit for a term of less than 14 days, nor shall any Co-Owner lease or rent less than an entire unit in the condominium.” The subsection further indicated that the requirement of a minimum 14-day rental period also applied to a Co-Owner who places his unit on rental management.

In 2008, the Association had attempted to amend its Bylaws to increase the minimum rental term from 14 days to 90 days. The Co-Owners in the development unanimously consented to the modification, but a Mortgagee Bank never approved the amendment. As a result, the amendment was never recorded and never became valid or operative.

In 2015, after the homeowner had constructed the home on the property, he had reviewed the Master Deed and Bylaws that were recorded in the County Register of Deeds. However, he never followed up with the Board of Directors for clarification on these issues. After finishing the construction, he signed a 15-year contract with a management company to manage the property in relation to future rentals. The management agreement did indicate that any Tenant of the Unit Owner would be required to comply fully with all use restrictions set forth in the Condominium Bylaws. There was some confusion as to whether the Board ever approved the Management Contract after its review which was supplied to it at that time. The following year, the Association began the process of amending the Bylaws to prohibit short-term rentals. The Unit Owner voiced an objection to the proposed amendment, to the Board and other Co-Owners, and claimed that it would not apply to his existing contract held with the management company. Upon obtaining the consent of two-thirds of the Co-Owners and Mortgagees, the Association amended the Bylaws in November of 2016 to prohibit Co-Owners from leasing their condominium units for terms of less than four months. The Unit Owner hired counsel and forwarded a letter to the Association indicating that the Amendment did not apply to him because the Association could not legally invalidate an existing Lease Agreement such as the one that he had signed with the management company. The Unit Owner cited the Michigan Condominium Act (MCL 559.212(1)) which provided, in essence, that during the development and sales period of a project, the rights of a Co- Owner, including the Developer, to rent any number of condominium units shall be controlled by the provisions of the condominium documents as recorded by the Developer and shall not be changed without Developer approval. After the transitional control date, the Association Co- Owner members may then amend the condominium documents as to the rental of condominium units or terms of occupancy. The key provision cited by the Unit Owner in his pleadings is that the statute states “The amendment shall not affect the rights of any Lessors or Lessees under a written lease otherwise in compliance with this section and executed before the effective date of the amendment or condominium units that are owned or leased by the Developer.”

The Unit Owner maintained that pursuant to the statutory cite above, the 2016 Amendment could not infringe upon his rights or his management company’s rights to continue short-term rentals under the management contract because the contract was executed before the amendment took effect. The Unit Owner then moved ahead with short-term rentals in defiance of the amended Bylaw and the Association commenced its lawsuit in January of 2017 requesting declaratory and injunctive relief. In essence, the Association contended that the contract constituted a property management agreement and not a lease agreement, thus according to the statutory cite, it did not exclude the Unit Owner’s application of the 2016 Amendment barring short-term leases.

The Unit Owner had filed a Counter-Claim and a Third Party Complaint against the Board Members individually. The Unit Owner indicated that, pursuant to the provisions of the Michigan Condominium Act (MCL 559.168), the Association must keep current copies of all amendments to Master Deeds available at reasonable hours to prospective purchasers of condominium units for review. Also, that they shall maintain on file current copies of any amendments and, therefore, the Unit Owner claimed that due to their failure to record the proposed 2008 Amendment that they had failed to comply with their duties. He further argued that had the Association and the Board Members complied with their duties, the Unit Owner would have had notice that short-term rentals were disfavored, and he would have proceeded differently. As a result, he contended that the breach of contract caused damages consisting of a loss of rental income exceeding one million dollars. In his responsive pleadings, the Unit Owner also claimed that the Board Members were negligent for failing to educate themselves about the scope of the 2016 Amendment and for misleading their fellow Co-Owners regarding the scope, benefits, limitations, and risks inherent in adopting the amendment.

Finally, the Unit Owner alleged a Third-Party Claim of Breach of Fiduciary Duty against the Board Members, individually, by asserting that they had committed negligence by failing to provide a meaningful opportunity for the Co-Owners to consider and debate the 2016 Amendment. Upon the filing of a Motion for Summary Disposition by the Association, a written Opinion and Order granting the Association’s Motion was issued and the Trial Court ruled that the subject section of the Michigan Condominium Act was aimed at protecting the vested rights of parties to a binding lease agreement that was executed prior to any relevant Bylaw amendment of which said agreement affords the Tenant with certain ownership and possessory rights. The court ultimately determined that the management contract was not a lease agreement covered by the Act. The Court reached that conclusion because the management company had obtained no ownership or possessory interest in the unit under the contract. It was further reasoned that the management contract constituted a property management agreement simply by providing that the management company shall have the right to secure Tenants for short-term vacation rentals and to manage the Tenants’ enjoyment of the unit.

As for the breach of contract claim, the trial court found that it was undisputed that the alleged 2008 amendment was not recorded and, therefore, it was inoperative under the statute. Also, that the Board Members were not even on the Board in 2008 and, therefore, had no contractual duty to record the amendment even if it was valid. In essence, it was ruled that the Association did not have a contractual obligation to record an amendment that was not properly adopted. The negligence and claims of breach of fiduciary duty by the Board Members also were rejected by the trial court.

In sum, the trial court granted in favor of the Association and the Board Members and dismissed the Unit Owner’s Counter-Claim and Third Party Complaint. The Court also enjoined the Unit Owner and his agents from continuing to lease the unit in violation of the Bylaws. Ultimately, the Court of Appeals upheld the trial court’s ruling that the management contract constituted a property management agreement, and not a lease agreement, and this was the basis for its ruling and its decision to uphold granting of attorneys’ fees and costs in favor of the Association.