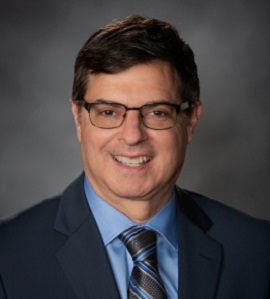 The Federal Appeals panel affirmed an opinion by the U.S. District Court for the Eastern District of Michigan over the granting of Summary Judgment in a condominium case that has broad ramifications. The Plaintiff claimed her Defendant next door neighbor was aggravating her preexisting asthma condition due to the frequent smell of smoke emanating from their unit. This action turned into what is regarded as a landmark case. It relates to issues of major importance to a significant number of people, including those that currently live in community associations. The Opinion rendered by the 6th Circuit Court of Appeals affirmed the decision and it has yet to be accepted or addressed by the U.S. Supreme Court.

In the case of Davis v. Echo Valley Condominium Association, Plaintiff Davis alleged that the Association refused to ban smoking in the condominium and thereby discriminated against her under the Fair Housing Amendment Act and that there were violations of several condominium bylaws. Ultimately, Summary Judgment was granted in favor of the neighbor Defendants with a final ruling that the requested smoking ban was not considered to be a “reasonable accommodation.”

The opinion is important for future decisions as it may be cited in nearly all lawsuits involving smoke-related nuisances and/or the interpretation and construction of condominium bylaws. The ruling found that Plaintiff Davis did not show that her request qualifies as a “reasonable accommodation,” which means a moderate adjustment to challenge a policy, but not a fundamental change in the policy. The Court ultimately rejected the argument that the requested changes interfere with the rights of third parties because the Association Bylaws did not specifically prohibit or even regulate smoking in the first place.

Plaintiff Davis is a cancer survivor with “a history of asthma and multiple and chemical sensitivity disorders.” In 2004, she purchased a condominium on the second floor of a four unit building in Farmington Hills, Michigan. Then, in 2016 she complained to a management company employee about a neighbor’s constant smoking that affected her “breathing, causing constant coughing, and near asthma attacks.” The Association’s Board of Directors followed up by sending a letter requesting that those who smoke due so on their balcony or further insulate their doors. When complaints continued, a fresh air system was installed in Plaintiff Davis’s duct work. Davis indicated that the system helped but did not fully eliminate the odor.

In July 2017, Davis sued the Association, the Management Company, and the condominium owners, as well as their tenant who had engaged in the smoking activities. The condominium owners then advised the tenant that her lease would be terminated wherein they sold the condominium unit and settled with Davis. As a result, the unit co-owners were ultimately dismissed from the lawsuit. Plaintiff Davis continued with the action against the other defendants and lodged complaints about the smoking activities, including smelling cigarette and marijuana smoke from a new source. The proposed smoking ban was not approved by the co-owners as members of the Association and the District Court indicated that a ban would fundamentally change the Association’s smoking policy by barring residents “from engaging in a lawful activity on their own property.”

The Plaintiff’s attorney was surprised by the Opinion and claimed that it “establishes truly novel legal principles that have frightening implications.” He noted that nowhere in the Bylaws did it “allow” or “permit” smoking. Instead, he indicated that the opinion uses the fact that the Bylaws have some specific prohibitions (for example-no pets) to read all other general provisions out of existence. His conclusion is that the opinion bars all tobacco related nuisance claims in cases where there is no explicit Bylaw, rule, or regulation prohibiting smoking. The result, according to the attorney, is that the opinion may bar nearly all disability-based Fair Housing Amendment Act Claims.

A lesson to be learned by Associations is to take steps now to address these situations before they arise. An Amendment to existing Bylaws to prohibit smoking would be a positive first step, in addition to advising co-owners that smoking is prohibited in common areas. Also, members should be reminded that, as smokers, they and their guest invitees should be courteous to their neighbors in an effort to stop smoke from escaping their unit through vents and unsealed doors leading to common areas.

John D. Gwyn is an attorney in our Livonia office where he focuses his practice on the representation of community associations, management companies and developers with a particular emphasis on real estate and commercial litigation. He has handled many types of community association related matters, including assessment collections, lien foreclosures, bylaw violations, civil rights defense and creditor bankruptcy matters.

Mr. Gwyn has gained experience in community association law over the years through his representation of condominium and homeowners associations, as well as individual homeowners, in matters involving real estate, contract, and construction defect litigation issues. His extensive litigation and transactional background provides him with the experience necessary to handle even the most complex legal issues that neighborhood associations may encounter. He may be reached at (734) 261-2400 or jgwyn@cmda-law.com.