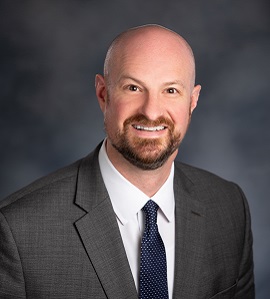 Please join us in welcoming Matthew C. Wayne to CMDA.

An attorney in the Firm’s Livonia office, he focuses his practice on providing criminal, civil, and administrative representation to taxpayers before the Internal Revenue Service, Michigan Department of Treasury, and other taxing authorities. Over the years, he has obtained favorable results for his clients in matters ranging from tens of millions of dollars in unreported income to proposed assessment of the trust fund recovery penalty, from non-filing of personal income taxes to offers in compromise, from audit reconsideration to failure to report foreign bank accounts, and everything in between. Mr. Wayne has represented clients before Michigan’s district and circuit courts, federal district courts, the U.S. Tax Court, the Michigan Tax Tribunal, and a number of administrative tribunals.

Additionally, he has served as an Assistant City Attorney for multiple communities, where he routinely drafted motions based on governmental immunity, defended against 42 U.S.C. § 1983 lawsuits, handled employment issues, including investigations and terminations, attended to FOIA- and OMA-related matters, and a host of other issues for a number of municipal and governmental clients. In law school, he served as a Judicial Intern for the Hon. David J. Allen at the Frank Murphy Hall of Justice in Detroit, Michigan. Most recently, he served as prosecutor at 31st District Court in Hamtramck.

He earned a B.A. in History and Political Science from Bowling Green State University and a J.D. from Western Michigan University Cooley Law School. Mr. Wayne may be contacted at (734) 261-2400 or mwayne@cmda-law.com.