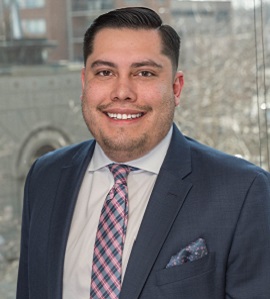 Plaintiff alleged her injuries involved three Sheriff Deputies’ conspiracy to commit constitutional rights violations against her through alleged acts and omissions during the routine service of an Ex Parte Order.

Mr. Ramirez’s attention to detail, superior analysis, and vigorous advocacy on behalf of his clients led to the Court ruling that Plaintiff’s claims were barred by the doctrine of qualified immunity. The Court granted summary judgment in favor of the defense against all of Plaintiff’s claims and dismissed the case in its entirety.

Joseph M. Ramirez is an attorney in our Kansas City office where he concentrates his practice on business law, municipal law, insurance defense, and litigation. He writes briefs for submission to all levels of state and federal courts, argues cases in all levels of state and federal courts of appeals, and performs research for all areas of law handled by the Firm. He may be reached at (816) 842-1880 or jramirez@cmda-law.com.