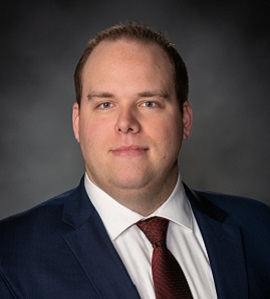 Judge Meinecke (44th District Court – Royal Oak) granted Motion to Dismiss a case filed by an MRI facility based on repeated discovery violations in a case handled by CMDA attorney Jonathan Brown. In granting the Motion, the Court dismissed the facility’s entire action, with prejudice, just weeks prior to the scheduled start of trial. The main dispute in this matter was allegedly unpaid medical expenses related to MRI scans pursued by the MRI facility.

The dismissal of the facility’s action came just weeks prior to the scheduled jury trial.  In practice, the dismissal saved the client extensive and needless legal spend related to trial preparation in a matter where the facility was actively refusing to provide critical evidence.

Jonathan D. Brown is an attorney in our Livonia office where he focuses his practice on insurance defense matters, including first-party no-fault, third-party auto negligence, and insurance fraud. Mr. Brown has achieved several successful outcomes for his clients in a variety of complex matters and understands the importance of extensive preparation and knowledge of each case and its unique components. He may be reached at (734) 261-2400 of jbrown@cmda-law.com.