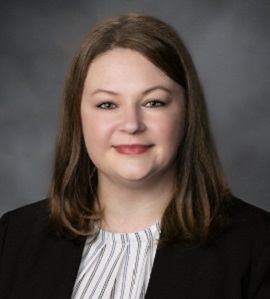 Judge Geddis (Livingston County) granted a motion for partial summary disposition on a large-exposure case handled by attorney Carol Smith.  The case arises from an accident that occurred when the driver of a motor coach transporting a 40+ middle-schoolers and chaperones took a highway exit ramp too fast and rolled the bus.

Numerous individuals reported injuries, including several broken bones and concussions, as well as a chaperone who suffered burst-type fractures of her thoracic spine and underwent a 6-level spinal fusion.  The driver of the bus tested positive for THC after the accident. Ordinary negligence by the driver has been admitted, as well as vicarious and owner liability by the motor coach company.

In a prelude to motioning the court to throw the THC out of evidence, Carol filed a motion for partial summary disposition on the plaintiffs’ claims of gross negligence, negligent entrustment, and negligent hiring/training/retention.  Judge Geddis ruled in favor of the defense, granted the motion for partial summary disposition in its entirety, and dismissed all requested causes of action.  All that remains is a simple, admitted negligence case in which the THC has no relevance.

Carol Smith is an attorney in our Livonia office where she focuses her practice on insurance defense matters. She has considerable litigation and trial experience representing clients in third-party auto claims, as well as first-party no-fault and uninsured motorist claims. Additionally, she advises clients on numerous areas of law, including insurance coverage, general liability, personal injury protection (PIP) and bodily injury claims. She may be reached at (734) 261-2400 or csmith@cmda-law.com.