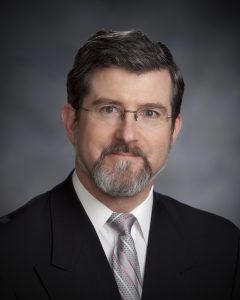 The “freedom of speech” protected by the First Amendment encompasses both actual speech and expressive conduct.  R.A.V. v. City of St. Paul, Minn. (S.Ct. 1992).  Embodied within the concept of “free speech” is recognition that advocates of unpopular views must be protected, even though their speech may provoke anger in persons who hear it.  Terminiello v. City of Chicago (S.Ct. 1949).  When a speaker passes the bounds of mere argument the point of seeking to incite a riot, police may intervene against the speaker for the protection of public safety, Feiner v. New York (S.Ct. 1951), but this threshold is reached only where the speaker’s advocacy “is directed to inciting or producing eminent lawless action and is likely to incite or produce such action.”  Hess v. Indiana (S.Ct. 1973).  “Government officials may not exclude from public places persons engaged in peaceful expressive activities solely because the government actor fears, dislikes, or disagrees with the views those persons express.” Wood v. Moss (S.Ct. 2014).

In two recent opinions, the United States Court of Appeals for the Sixth Circuit has addressed this balance between free speech and public safety.  In Occupy Nashville v. Haslam (2014), protestors seeking to bring “attention to disparities in wealth and power in the United States” established a 24-hour-a-day protest encampment on the plaza of a public war memorial in Nashville, Tennessee.  As the days passed and the number of protestors grew, problems arose dealing with human waste and trash, together with “an increase in the number of assault complaints and damage to public property.”  After three weeks, State officials decided to address these problems by imposing a curfew under which “the plaza would close to the public from 10:00 p.m. until 6:00 a.m. daily.”  Protestors arrested for attempting to continue their 24-hour-a-day protest in defiance of the curfew sued the officials for violating the protestors’ First Amendment rights.  The Sixth Circuit held that the officials could not be found liable to the protestors, because there is no clearly established constitutional right to occupy public space for an indefinite period and no “unfettered right to threaten the health and safety of the public or the security of public property.”

In Bible Believers v. Wayne County (2015), law enforcement officials also invoked public safety concerns to justify ouster of Christian “evangelists” from a public Arab cultural festival.  The evangelists targeted the many Muslim attendees with a provocative, anti-Islamic speech and signs (particularly insulting the Muslim prophet Mohammed), while carrying a severed pig’s head on a stick through the crowd.  Some festival attendees threw bottles and other objects at the evangelists.  The deputy chief of the sheriff’s department asked the evangelists to leave, with justification that he did not have enough officers at the event to protect the evangelists from the crowd.  He warned the evangelists they would be ticketed for disorderly conduct if they refused to leave.

After originally approving the sheriff’s actions, the Sixth Circuit re-heard the case and found the sheriff to have violated the evangelists’ First Amendment rights.  The Court held that law enforcement officials have an obligation to protect those who publicly express an unpopular viewpoint from the hostile reaction of those upset by the message.  In this instance the sheriff’s course of action allowed the hostile crowd to silence the evangelists.  Citing the previous Sixth Circuit case of Glasson v. City of Louisville (1975), the Court admonished that “a police officer has the duty not to ratify and effectuate a heckler’s veto.”

The lesson to be drawn from the Occupy Nashville and Bible Believers opinions is that concerns for public safety cannot justify the complete silencing of a speaker in a public forum.  The cases fail to provide any “bright line” to discern when public safety concerns become sufficiently compelling to justify restriction of speech, but a total exclusion such as effectively occurred in the Bible Believers case will almost certainly be rejected by the courts, even where a compelling public safety concern exists.

The Occupy Nashville decision confirms that health and safety concerns can justify limited restrictions that do not entirely prevent a speaker from continued speech or expressive conduct in a public forum the speaker has chosen.  The Supreme Court has long recognized that content-based regulation of speech in a public forum is permissible only “to serve a compelling state interest” and only when the regulation “is narrowly drawn to achieve that end.”  Perry Ed. Ass’n. v. Perry Local Educators Ass’n (1983).  Yet “reasonable time, place or manner restrictions on expression are constitutionally acceptable.”  Clark v. Community for Creative Non-Violence (S.Ct. 1984).  The over-night exclusion of speakers from the plaza in Occupy Nashville was sufficiently narrow in its time-frame and scope.

Douglas J. Curlew is an attorney in our Livonia office where he concentrates his practice on appellate law, premises liability, and insurance law. He may be reached at (734) 261-2400 or dcurlew@cmda-law.com.