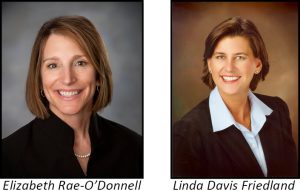 On June 22, 2016, the Sixth District Court of Appeals unanimously issued a decision and order affirming the United States District Court’s dismissal of a firefighter’s two count retaliation complaint against a local municipality, four former and current Trustees, and the Fire Chief.

Plaintiff, who is of Asian descent, submitted an application for the vacant Fire Chief position to the township Board of Trustees. During an open board meeting on September 25, 2012, and in a 5-1 vote, the Board disqualified plaintiff’s application as insufficient. Besides missing an entire third page where some of the plaintiff’s credentials would have been listed to complete his application, in response to a written question on the application regarding why he should be selected as chief, plaintiff responded by stating: “To put an end to the corrupt practices brought on by the Board.” In response to a question regarding his goals for the next five/ten years, plaintiff responded: “To witness justice prevail.” The court ruled that these statements on his written application were just plain insulting to the Board.

By way of background, two years previously, in March of 2010, plaintiff filed an EEOC complaint against the township alleging that he was removed as the township’s IT Administrator because he is Asian. The township defended this matter on the ground that plaintiff was not the IT Administrator, although he had assisted with some networking responsibilities in the past. The plaintiff did not pursue a lawsuit against the township in 2010. Following the plaintiff’s 2012 disqualification for the Chief position, he sued claiming the disqualification was in retaliation for his 2010 EEOC complaint in violation of Title VII of the Civil Rights Act of 1964 and Michigan’s Elliott-Larson Civil Rights Act (ELCRA). Plaintiff also claimed that he was harassed by the new Fire Chief in 2013 and 2014 in retaliation for the 2010 EEOC complaint. Plaintiff claimed $1.02 million in damages for lost future wages which he believed he was entitled to because he should have been hired for the vacant position.

The Appellate Court noted for the “failure to interview” portion of the retaliation claim, there was no direct evidence of discrimination and that even circumstantially, a former trustees’ subjective opinion, with nothing more, that the plaintiff was not interviewed due to his EEOC claim was insufficient as a matter of law to support a cause of action. The court also agreed that the current Fire Chief’s actions of counseling the plaintiff regarding his low participation rates were not materially adverse employment actions, nor were the warnings causally connected to the plaintiff’s prior EEOC claim. Another significant factor for both the trial court and appellate court was the fact that the timing between the 2010 EEOC charge and the September 25, 2012 decision by the Board not to interview the plaintiff was simply too remote to establish a claim of retaliation under Title VII order ELCRA. Central to both the trial and appellate court decisions was the United States Supreme Court decision of Univ. of Tex. SW. Med Ctr. V. Nassar, 133 S.Ct. 2517 (2013). To establish a prima facie case of retaliation under Nassar, a plaintiff would have to make an offer of proof that “the unlawful retaliation would not have occurred in the absence of the alleged wrongful action or actions on the part of the employer”—meaning defendants could not have denied plaintiff an interview or counseled him for low participation “but for” their retaliatory intent. Both courts found that plaintiff could not prove this threshold requirement.

This case was handled by CMDA attorneys Elizabeth Rae-O’Donnell and Linda Davis Friedland.  Karen Daley assisted with preparing the motion.

Elizabeth Rae-O’Donnell is an attorney in our Livonia office where she concentrates her practice on municipal law, employment and labor law, and education law.  She may be reached at (734) 261-2400 or erae@cmda-law.com.

Linda Davis Friedland is an attorney in our Livonia office where she concentrates her practice on commercial litigation, employment and labor law, corporate and business law, estate planning, elder law, probate, trusts, guardianships and conservatorships. She may be reached at (734) 261-2400 or lfriedland@cmda-law.com.