Ron Acho was on the Frontline during Detroit Riots of 1967

Ron Acho was on the Frontline during Detroit Riots of 1967 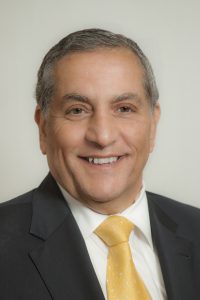 Ron Acho has had a long career as an attorney at Cummings, McClorey, Davis & Acho, P.L.C.  What many people may not realize is that his legal career was an indirect result of the Detroit riots of 1967.

Mr. Acho vividly remembers seeing two men with torches walking toward the market. He recalls it like a scene from a horror movie, except it wasn’t a movie.  It was real life. The men were only two blocks away, and Mr. Acho knew these men were coming for his family’s market.  He and his brother took whatever cigarettes they could carry and the cash from the store and fled the market right before the men began breaking the windows and lighting it on fire.

His family had invested their life savings into this market.  “We had no building ownership.  The little insurance that we had did not even cover the cost of the inventory.  We were left pretty much broke,” he explained.

As you can imagine, the aftermath of the riots was devastating for his family.  Left with virtually nothing, Mr. Acho realized he needed to set aside his dream of opening a chain of grocery stores and follow another career path.  Mr. Acho’s older brother, Andy, helped him secure a job as a clerk at Ford Motor Co.’s Rouge Plant.  He stayed with the automaker for eight years while earning a bachelor of arts in business administration and marketing, and graduating summa cum laude from University of Detroit Mercy.  (The most wonderful blessing occurred as a result of the riots because he had to go back to get his degree and met the love of his life, Rita, and they have been married 48 years.)  He went on to earn his law degree from the Detroit College of Law but was unable to land a job in Ford’s legal department, something that turned out to be a blessing in disguise.

Mr. Acho joined CMDA in 1974, and, within a year, was made an Equity Partner. The Detroit riots of 1967 still impact the way Mr. Acho conducts business. He has been practicing law for 43 years, so it would not be uncommon for him to begin taking on a lighter load.  However, Mr. Acho is still often the first to arrive in the office and works longer hours than many younger attorneys.  He explains that every day he walks through CMDA’s door he has the mindset that nothing is a guarantee and it could all be gone tomorrow.  He values the importance of maintaining a strong and lasting relationship with current clients and fostering efforts to grow the Firm to ensure it continues to prosper for many years to come.