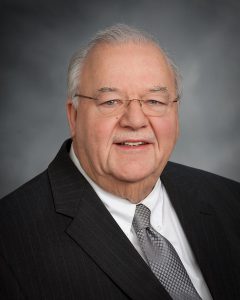 Individuals in Michigan seeking to protect assets from creditors no longer have to transfer their assets to Delaware, Nevada or Alaska.  Effective February 5, 2017, the Qualified Dispositions in Trust Act, Domestic Asset Protection Trusts, Public Act 330 of 2016, will allow the owner of trust assets to retain and protect his or her assets from creditors, while still retaining the power to direct investment decisions, the power to veto distribution from the trust (including to himself), the power to receive income, and the right to remove and replace a trustee.  The owner may also retain a special Power of Appointment to direct how the assets will be distributed upon the owner’s death.

While the owner retains some powers and interest, this is still a discretionary trust, so the owner must give up control over his assets to an independent trustee whom the owner does not control.

This is especially useful for people with large estates that can be targets of lawsuits such as doctors, business owners, those with a high public profiles, entertainers, developers and business investors.

However, pursuant to the Uniform Fraudulent Transfer Act, if a transfer is deemed fraudulent it can be set aside, including transfers to a Domestic Asset Protection Trust.  In law, if the disposition was made with actual intent to hinder, delay, or defraud any creditor of the debtor, that transfer can be set aside and the assets therefore reached by creditors.  In addition, the assets in the trust are not protected in a divorce action, if the assets were transferred to the trust 30 or fewer days before the marriage.

There are certain requirements that must be satisfied for the protections to be enforceable, including a two-year waiting period from the date the assets are transferred to the trust, and as stated, the trustee must be an independent third party who has total control over the distributions, such as a bank with trust powers or a trust company.

Therefore, it is important that the trust be set up early before liability attaches.  For example, once a tenant defaults on a lease and a claim of personal liability attaches as guarantor, the trust would already have to be in place, or it will likely be deemed a fraudulent transfer.  Thus, the trust must be created prior to any creditor claims being filed against the assets or the creator of the trust, particularly in view of the minimum two-year waiting period required between the time the trust is created and the protections under the trust are asserted, as from a judgment, court order or even a claim of a creditor capable of being reduced to a judgment against the creator of the trust.

With this valuable new tool, debtors and potential debtors, such as tenants under leases, or purchasers of major equipment or real estate, risk having their entire estate wiped out from circumstances they cannot control and are now afforded protection at least to the extent that the assets are subject to a validly created Domestic Asset Protection Trust.

As two-thirds of the states do not offer this type of protection, Michigan will likely be a haven to protect assets from creditors’ seizure.

Gerald C. Davis is a partner in our Livonia office where he concentrates his practice on corporate and business law, leveraged buy-outs, company reorganization and refinancing, analyzing investments for joint ventures, intellectual property, and drafting loan agreements. He may be reached at (734) 261-2400 or gdavis@cmda-law.com.