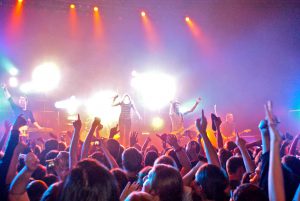 After a prolonged dispute, Matt Cross obtained an arbitration award for a valued client, a Detroit-based concert promoter.  The promoter paid the producer of the show a $40,000 deposit in five installments to perform its show in Detroit last year.  The producer pulled out last minute and refused to return the promoter’s deposit, citing the promoter’s failure to timely pay two of the five scheduled payments.  Mr. Cross convinced the arbitrator that the producer waived any breach on the part of the promoter and the arbitrator returned an award in favor of the promoter for the full deposit amount plus attorney’s fees and costs.

Matt Cross is an attorney in our Traverse City office where he focuses his practice on business law, insurance defense, law enforcement defense and litigation, and municipal law. He may be reached at (231) 922-1888 or mcross@cmda-law.com.