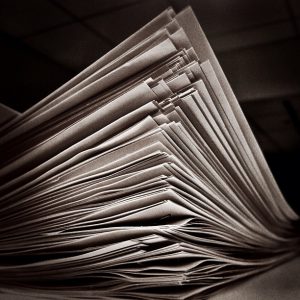 Dr. Ronald Stolle, a non-tenure track faculty instructor in the Department of Finance for Kent State University (KSU) sued the College and several administrators alleging retaliation for exercising his First Amendment Rights. The facts of the case show that on January 8, 2011, Dr. Stolle wrote a three page letter to the Speaker of the Ohio House of Representatives and other legislators on KSU Department of Finance letterhead. The letters addressed reform measures on higher education. Dr. Stolle said that these letters constituted his personal opinions. Dr. Stolle’s use of the College’s letterhead was actually a violation of University policy as any and all dealings with government had to be approved under the direction of the president of the University. The Dean of the College of Business requested that the Chair of the Finance Department have a meeting with Dr. Stolle to advise him of the breach of University policy by use of the KSU letterhead. The meeting took place. Dr. Stolle maintains that he was advised to cease and desist all communications with legislators. The Finance Dean disagreed that this was stated and indicated Dr. Stolle was told to no longer use KSU letterhead for such communications. Dr. Stolle wrote additional letters to the Columbus Dispatcher and Cleveland Plain Dealer advocating the abolition of tenure at state universities. Dr. Stolle’s appointment was still renewed for the 2011-12 academic year.

In January of 2012, the University, citing budget deficits, did not renew Dr. Stolle’s academic appointment in 2012. The University denied that Dr. Stolle’s letters to legislators or letters to the editor had anything to do with the non-renewal of his position.

The Court granted the College and several administrators Motion for Summary Judgment but did not dismiss the case against the Chair of the Department which went to trial. The trial against the Chair of the Department was confined to the issue of whether the Chair retaliated against Dr. Stolle in the exercise of his First Amendment rights. After a four day trial, a unanimous jury found that Dr. Stolle failed to prove the Department Chair’s decision not to renew his employment contract was retaliatory for exercising his First Amendment rights.

On appeal, the United States Court of Appeals for the Sixth Circuit found that Dr. Stolle failed to prove that he suffered an adverse action and that he did not make out a prima facie case of First Amendment retaliation. The Court found that the primary focus of the meeting where Dr. Stolle was notified of policy violations concerned his use of the College’s letterhead to communicate with legislators. Dr. Stolle also admitted that no one ever told him his job was in jeopardy.

Patrick R. Sturdy is a partner in our Livonia office where he concentrates his practice on intellectual property, business law, education law, and employment and labor law. He may be reached at (734) 261-2400 or psturdy@cmda-law.com.