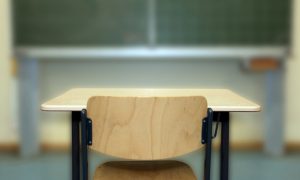 In this case, the student Plaintiff claimed that his rights under Title IX and the Americans with Disabilities Act (ADA) were violated. The Plaintiff requested a temporary restraining order to prevent his one semester suspension from the University from taking effect. The Plaintiff further sought to vacate the University Hearing Board’s (UHB) decision that he violated the College’s sexual harassment policy. The facts of the case revealed that the Plaintiff and the complaining female student were voluntarily in the Plaintiff’s dorm room and had sexual intercourse. The female complaining student filed a complaint ten (10) days later with the University as well as a police report.

Patrick R. Sturdy is a partner in our Livonia office where he concentrates his practice on intellectual property, business law, education law, and employment and labor law. He may be reached at (734) 261-2400 or psturdy@cmda-law.com.