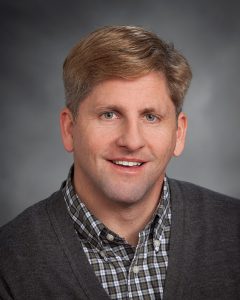 In this matter, the City of Fraser filed suit against Alameda University for violating the Michigan Authentic Credentials in Education Act, MCL 390.1601.  Defendant is an online university incorporated in the Caribbean.  Interactions with students take place through the defendant’s website.  Between 2004-2009, 16 employees, all police officers with the City of Fraser, obtained online degrees from the defendant college.  None of the employees had to complete coursework for the degrees, but after obtaining their degrees, 11 employees used the degrees to increase their salaries between $1,000 – $3,000 per year.  Additionally, the City reimbursed 11 employees with educational allowances.  Overall, the City of Fraser paid $143,848 to the employees for the purchase of the Alameda degrees.

On January 31, 2013, the City sued the college alleging that it violated the Michigan Authentic Credentials in Education Act.  The City argued the college lacked credentials for accreditation under both state and federal law.  The college asserted, among other arguments, that the City waived its right to sue because it knew of the situation in 2007 and yet continued to accept defendant’s degrees for its employees.  The trial court ruled in the City’s favor and awarded the City $600,000 for 6 degrees issued after the Act took effect in 2005.

The Court of Appeals ultimately agreed that the college issued fraudulent educational credentials in Michigan but found that the statute of limitations barred all but one of the City’s claims, remanding the case to determine the appropriate amount of damages for the one remaining claim.

Patrick R. Sturdy is a partner in our Livonia office where he concentrates his practice on education law, intellectual property, business law, and employment and labor law. He may be reached at (734) 261-2400 or psturdy@cmda-law.com.