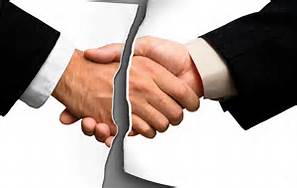 This was a breach of contract action between plaintiff Cass, a former employee and member of the union making up part of the coalition/labor organization, the labor organization, and Michigan State University (MSU).  The plaintiff’s claim was that he, a former employee, accrued certain benefits under a contract between MSU and the coalition, and that the coalition’s decision to disburse those benefits to a group of employees that did not include him, improperly divested him of this benefit.  The Court of Claims dismissed Cass’s breach of contract claims and Cass appealed.

The gravamen of Cass’s complaint concerned healthcare benefits.  During the 2011-12 plan year, when the plaintiff was still employed, it was agreed that the coalition would pay, on a pro rata basis, any costs that exceeded the annual 5% increase in the health care plan cost.  It was also agreed that any amount of healthcare cost less than 5% would accrue to the benefit of the employees represented by the coalition, but in no case would employees receive a cash benefit for the 2011-12 plan year.  The plaintiff retired in August of 2012.  During the plan year, the employees successfully kept healthcare plan increases below 5%.  Effective January 1, 2014 through December 31, 2017, a successor memorandum of understanding (MOU) provided that two distributions would be made to employees under savings realized with the earlier agreement.  The first distribution occurred on January 1, 2014 and the second distribution occurred on January 1, 2015.  The plaintiff, who retired in 2012, stated he helped negotiate the prior agreement and that he had a vested right to the healthcare savings that accrued under the prior agreement.  The Court of Appeals affirmed the dismissal of Cass’s complaint.  The Court found that Cass failed to establish any type of promise that breached his right to receive disbursements and that the contract clearly specified that employees, under the prior agreement, were not entitled to cash payments.

Patrick R. Sturdy is a partner in our Livonia office where he concentrates his practice on education law, intellectual property, business law, and employment and labor law. He may be reached at (734) 261-2400 or psturdy@cmda-law.com.