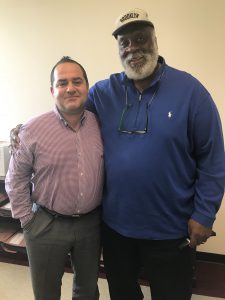 Jim Acho, a partner in our Livonia office, was quoted in the latest issue of the New York Times publication Law360 Magazine regarding the legal aspects of the NFL player protests taking place during the national anthem.  While NFL rules may empower the league and its teams to punish players for actions the league and teams don’t like, there are federal, state and local laws, as well as individual contracts and collective bargaining agreements between the NFL Players Union and the NFL that also come into play.