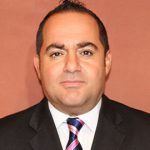 Mr. Acho, a nationally respected sports law attorney, has been the professor of sports law at Madonna University since 2009, and has been representing retired MLB players and current and retired NFL players in pension/disability/medical benefits/concussion issues for more than 20 years. He has appeared more than 100 times on national and local sports radio shows over the years to discuss sports law issues, and has been quoted in periodicals such the New York Times, Los Angeles Times and Sports Illustrated. In 2010, The Sporting News said that Jim had “quietly become one of the most respected sports attorneys in the country.”

In January 2015, in recognition for the work he has done on behalf of NFL Alumni, a prominent group of respected NFL Hall of Fame players and retirees nominated Mr. Acho to run for the position of National Football League Players Association (NFLPA) Executive Director. In 2017 and 2018, Mr. Acho again made national news when he settled Pro Football Hall of Famers Gale Sayers and Pat Summerall’s concussion lawsuits. Mr. Acho has also carved out a reputation for successfully representing police in excessive force cases, and in employment litigation from both the plaintiff and defense side.

Numerous awards and recognitions for coaching and writing over the past 20 years.

*This is a sample of the types of cases Jim handles, with some of his more notable victories noted here.

Fazio, et al v Major League Baseball (Los Angeles District Court; 9th Circuit United States Court of Appeals)
The case Jim is most known for involved suing Major League Baseball (MLB) on behalf of roughly 1,500 retired MLB players who played from 1949-1980 and had been denied pensions and medical benefits. Jim handled the case as lead counsel with a prominent firm in Los Angeles. The case was featured on ESPN Outside The Lines, HBO Real Sports, CNN and every major newspaper in America, with Jim featured in many on-air segments and written pieces. The case took the better part of a decade to litigate and adjudicate. MLB eventually agreed to pay the class Jim Acho represented $10,000 per player for two years as recognition for the contribution to the game.  The final total amount of compensation to the retired players was roughly $17,000,000.

$7,500,000
Commercial Breach of Contract Case (Plaintiff)
Jim was lead counsel throughout the discovery and litigation phase of this case in Wayne County Circuit Court. Confidentiality precludes a recitation of facts or identifying the parties. CMDA’s client was compensated $7,500,000 upon settlement of the case.

$500,000
Age Discrimination (Plaintiff)
Jim represented two bank tellers, each of whom had 25-30 years’ service with the Defendant bank. Both were terminated within weeks of each other and given no explanation why except for “cutbacks.” Both clients were replaced with women half their age and half their salary soon afterwards. Jim was lead counsel on this Washtenaw County Circuit Court case. The case settled for $500,000.

$365,000
Auto Negligence (Plaintiff)
Jim represented a woman who suffered serious injuries to her arm and shoulder when t-boned by a young driver who was texting. Jim was lead counsel on this Oakland County Circuit Court case. The case settled for $365,000.

No Cause Negligence (Defense)
Hanover (Citizens as Subrogee) v. Lakeshore Plumbing, Heating & Cooling, Inc.
Total claim by Plaintiff at trial: $2,000,000. Final demand to settle: $950,000. Jim defended an HVAC installer and his company in a subrogation case where a fire was of undetermined cause, but Plaintiff’s fire loss expert opined the fire was due to Defendants’ negligence. Jim was lead counsel on this Alpena County case and tried this case over two weeks before a jury in Alpena County Circuit Court. The jury came back with a no-cause ($0 award to the Plaintiff) in favor of Jim’s client.

No Cause (Defense)
Embezzlement/Fraud
Total claim by Plaintiff at trial: $300,000. Final demand to settle: $150,000.  Jim represented a former treasurer of a foundation accused of embezzlement, though never charged by the police. This civil bench trial in Livingston County Circuit Court resulted in a no cause ($0 award to the Plaintiff) in favor of Jim’s client.

NFL Alumni, General
For more than 15 years, Jim has handled numerous matters for homeious NFL alumni throughout the country as counsel for the NFL Alumni Association.  In 2015 he was nominated by retired players to run the NFL Players Association, a race Jim nearly won against the incumbent. Multiple NFL-related cases of Jim’s have been scrutinized by legal experts, such that Street & Smith’s Sports Business Journal has referred to Jim as “one of America’s most tenacious and respected sports law attorneys.”

Redford Township and Garden City Prosecuting Attorney 2000-2005
Jim prosecuted misdemeanor cases at the municipal level for five years for both the Charter Township of Redford and the City of Garden City.

Police Liability Defense
Jim has successfully represented multiple local police departments in actions stemming from excessive use of force to denial of constitutional protections for more than 15 years. Jim also routinely gives presentations and speeches to police and fire departments. Of note, five former police and fire chiefs have gone on to hire Jim personally to represent family members.

In NFLPA Race, Drama Different than in 2009″ –Street and Smith’s Sports Business Journal

Acho Featured in MiLW “Sidebar of the Week”

EEOC Releases Guidelines for Religious Dress and Grooming in the Workplace

Listen to Acho on the Frank Beckmann Show

Acho Presents Client for Induction into Pride of the Lions

In the Media Photos

Numerous awards and recognitions for coaching and writing over the past 20 years.