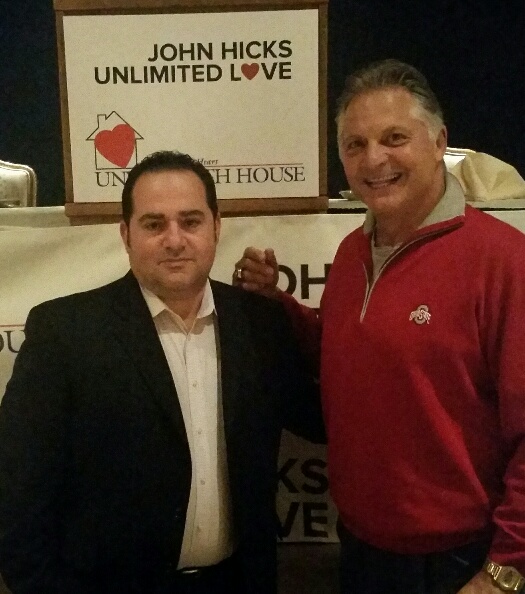 Jim Acho, a partner in our Livonia office represents more than former Detroit Lions and ex-UM players. In fact, he represents more ex-Ohio State players than any other school and has handled matters for six former OSU All-Americans, ranging from contracts, employment agreements, to litigation.

Tom Skladany, 3 time All American at OSU (1974-76) and a former President of the NFL Alumni Association as well as Ohio State Football Alumni Association, invited Jim as his guest for the John Hicks Unlimited Love/Unverferth House dinner which is held annually in Columbus the week of UM-Ohio State game, and

For three hours every year, Jim admittedly hates Ohio State, but the other 364 days and 21 hours, he has a great fondness for both OSU and the great legends he has represented and continues to represent. CMDA and Jim both enjoy and appreciate the relationship with Tom Skladany and look forward to many more years representing former Ohio State players and coaches.

The Unverferth House, the umbrella for which the John Hicks Unlimited Love dinner is held, is a noble charity named for two great men of deep character and is a worthy cause. For more information, please visit: http://unverferthhouse.org/

Jim Acho focuses his practice on sports and entertainment law, labor and employment law, law enforcement defense, and plaintiff’s personal injury.  He may be reached at (734) 261-2400 or jacho@cmda-law.com.