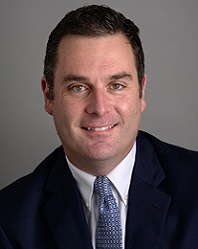 Brandon A. Lawson is an attorney in our Kansas City office where he focuses his practice on insurance defense matters, specifically defending automobile liability cases including personal injury protection (PIP), Bodily Injury (BI) claims, and coverage disputes. Additionally, he focuses his practice on municipal law, business law, and litigation. Mr. Lawson writes briefs for submission to all levels of state and federal courts, argues cases in all levels of state and federal courts of appeals, and performs research for all areas of law handled by the Firm. He has served as the lead attorney on several jury trials and over 100 bench trials. He is admitted to practice law in Missouri and Kansas.

Prior to joining CMDA, he served as a staff trial attorney for a large insurance corporation. Mr. Lawson obtained a Bachelor of Arts degree in Political Science and Government from Centenary College of Louisiana and a Juris Doctor degree from the University of Missouri-Columbia.